Amid India-China Tensions, New Delhi Can Finally End Uncertainty About Aligning with US: Experts 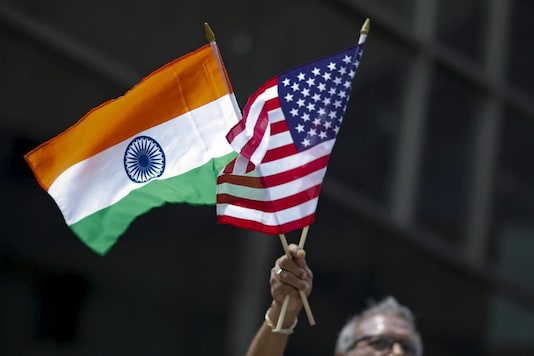 Aborder clash has plunged ties between India and China to their lowest point in decades. But one beneficiary looks clear — the US-India relationship. Experts say India could finally end equivocation about openly aligning itself with the long-eager United States, although there will still be disagreements — which, paradoxically, are now mostly due to Washington. Secretary of State Mike Pompeo told reporters that China “took incredibly aggressive action” in a hand-to-hand battle in the remote Himalayas on June 15 that killed 20 Indian soldiers.The hawkish Pompeo characterised the violence as part of a broader strategy by Beijing to challenge all of its neighbors.  Jeff M. Smith, a research fellow at the conservative Heritage Foundation who has written a book on the India-China rivalry, said the United States is known to offer border intelligence to India, which is now likely to pick up the pace on defence acquisitions.

But Smith said that India has asked the United States to be publicly circumspect — in part to show the domestic audience that New Delhi does not need help.

India also does not want “to feed Chinese propaganda narratives that this is all a component of the China-US rivalry and that India is working at America’s behest,” Smith said.

Michael Kugelman, a South Asia expert at the Woodrow Wilson International Center for Scholars, cautioned that neither India nor China wanted a complete rupture and said that both still saw some common interests, especially in international organizations.

“But make no mistake: This current India-China crisis is a watershed for the geopolitics of Asia, and the US-India relationship will be one of the main beneficiaries,” he said.

“Previous Indian concern about antagonizing China if it moves closer to the US is starting to melt away.”

The United States has been seeking warmer ties since the 1990s with India, which insisted during the Cold War on being “non-aligned” on the global stage.

President Donald Trump has appeared to form a bond with Prime Minister Narendra Modi, a fellow nationalist who warns of the threat of radical Islam, and the pair have held two joint mega-rallies.

But Trump, his eyes at home ahead of elections, has also taken action detrimental to India, including last year kicking it out of a preferential trade status under which it had exported billions of dollars in goods.

India is happy to see Trump’s tougher stances on China as well as historic adversary Pakistan but also feels demands, especially on trade, said Aparna Pande, director of the Hudson Institute’s Initiative on the Future of India and South Asia.

“It is a semi-transactional relationship. It is not a strategic relationship, as it was in earlier years,” she said.

Trump, who has frequently sparred with Western allies, may not even want a more committed relationship with India, she said.

“I wouldn’t say there is as much reluctance on the Indian side. That has calmed down,” Pande said.

“The two are closer than they have ever been. But are the two ready to take that extra step?”

– WARMTH REGARDLESS OF ELECTION –

In another recent shift, US lawmakers, mostly Democrats, have openly criticised India on human rights, including Modi’s revocation of autonomy and controls on the internet in Muslim-majority Kashmir.

Anthony Blinken, a close aide to presidential candidate Joe Biden, said that the Democrat, if he defeats Trump, would seek to “strengthen and deepen” the relationship with India. But Blinken shared concerns on freedoms.

“You’re always better engaging with a partner, and a vitally important one like India, when you can speak frankly and directly about areas where you have differences,” Blinken said at the Hudson Institute.

Trump has stayed mum on rights and has offered, with little detail, to mediate between India and China.

“He may have been briefed on it, but history doesn’t really stick with him,” Bolton told Indian news channel WION.