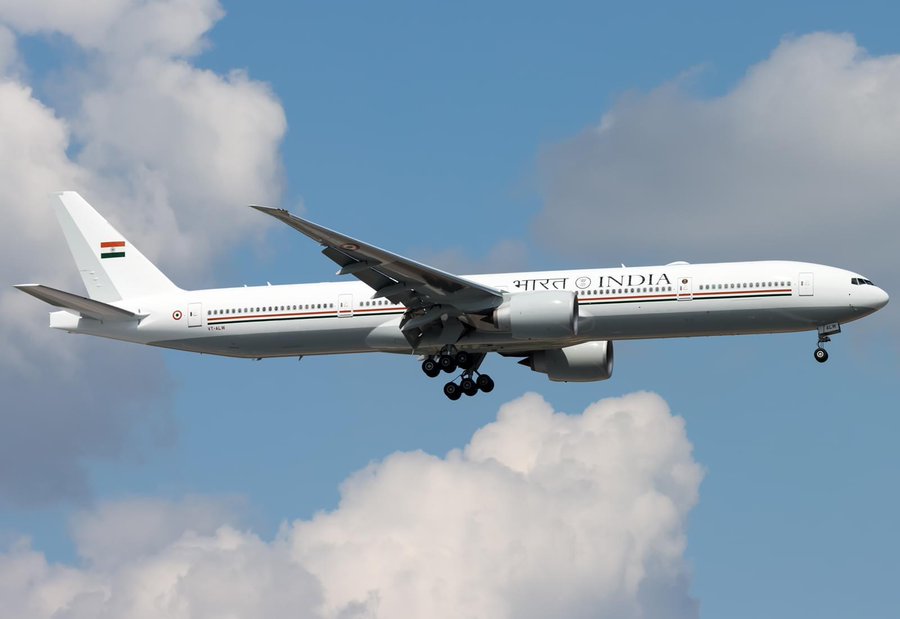 Air India One was recently clicked while carrying out ferry flight from one Boeing facility to another for the first time showcasing its new livery scheme which is for the first time is different from the Standard Air India Paint scheme. Two Boeing 777-300ER replaces the nearly 25-year-old Boeing 747 used by Air India to ferry President Ram Nath Kovind, Vice-President Venkaiah Naidu, and Prime Minister Narendra Modi is likely to be inducted by July.

VT-ALW seen in the picture was manufactured in 2018 and was part of Air India’s 2006 order of 68 aircraft given to US-based aircraft maker Boeing. Both Boeing 777-300ER has been upgraded with defensive countermeasures against Surface to air missile, direct Satellite communications, and encrypted communication systems at an additional cost of Rs 810.23 crore.

Air India One is equipped with the same state of the class technologies like Large Aircraft Infrared Countermeasures (LAIRCAM) and Self-Protection Suites (SPS) systems as used in Air Force One’s Boeing 747-200B which is used to fly the United States President Donald Trump. Because of these missile defense systems that the aircraft will be operated by IAF (Indian Air Force) as they only have the capabilities to operate such systems, while maintenance of the aircraft will remain with Air India .