Books on space evoke a sense of adventure: delving into the lives of astronauts spending months in space or running experiments aboard a space station that might help solve issues on Earth. And when it comes to India, you expect to read more about a space-faring nation that is aiming to launch its first manned mission this year, having narrowly missed the chance to soft-land on the Moon’s surface.

But away from all this excitement lies a serious, more decisive, area of focus: space security. Having covered land, water and air in their quest for military superiority, superpowers are now busy covering every inch of space around the planet to expand their influence. When India tested its anti-satellite weapon as part of Mission Shakti in March last year, Prime Minister Narendra Modi claimed we were now a space power. But where does India stand in terms of space security and militarization? How can India defend and expand its space assets? What options does it have to make it big in an area dominated by the US, Russia and China? Bharath Gopalaswamy’s Final Frontier: India And Space Security seeks to answer not only these questions but also pertinent ones on space governance and laws. END_OF_DOCUMENT_TOKEN_TO_BE_REPLACED 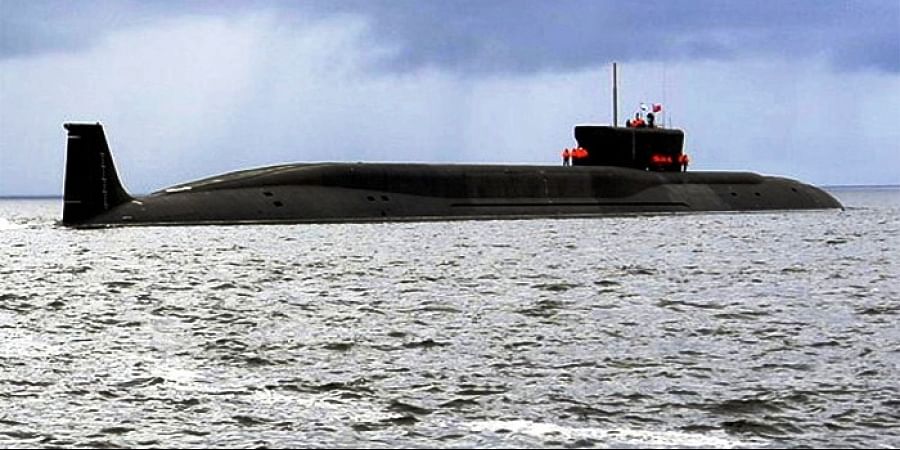 With India turning its focus on anti-ballistic and nuclear-tipped underwater weapon systems, Defence Research and Development Organisation (DRDO) is reportedly set to conduct a crucial test of intermediate-range submarine-launched ballistic missile K-4 on Sunday. The indigenously developed most potent missile capable of delivering nuclear warheads at 3500 km away will be test-fired from an underwater platform, most likely INS Arihant submarine, nearly 30 nautical miles off Visakhapatnam coast.

The test assumes significance as the missile has been planned after several failed attempts in the last two years. Though it was finally ready for trial in November last year, the test had to be deferred following very severe cyclonic storm Bulbul in the Bay of Bengal. END_OF_DOCUMENT_TOKEN_TO_BE_REPLACED The killing of top Iranian commander Qasem Soleimani by US forces has ignited the imagination of Indians who are tired of terrorism nurtured, abetted and sponsored from across the border by Pakistan. Soleimani, the commander of the Quds Force, Iran’s elite foreign espionage and paramilitary unit, was identified by the Donald Trump administration as a key “terrorist” figure and the alleged brain behind countless attacks on US forces active in the region. Soleimani, claims White House, posed “imminent threat” to US interests in West Asia.

Accordingly, American intelligence agency CIA tracked the whereabouts of the top Iranian general (who by some accounts was more powerful than even Iran’s president Hassan Rouhani) over a period of time and had accurate information on when Soleimani’s jet would land in Baghdad airport on the fateful day. END_OF_DOCUMENT_TOKEN_TO_BE_REPLACED

India will request President Donald Trump’s administration in Washington D.C. to share findings of the probe that recently unearthed an illegal proliferation network that smuggled sensitive equipment and technologies from the United States for the nuclear weapon programme in Pakistan.

New Delhi is keen to know more about the findings of the investigation as it lent credence to its long-held suspicion that Pakistan has been continuing to illegally smuggle in nuclear equipment and technologies from the United States and other western nations – thus posing a grave security risk for India as well as a threat to peace in the region, sources told the DH here on Saturday. END_OF_DOCUMENT_TOKEN_TO_BE_REPLACED 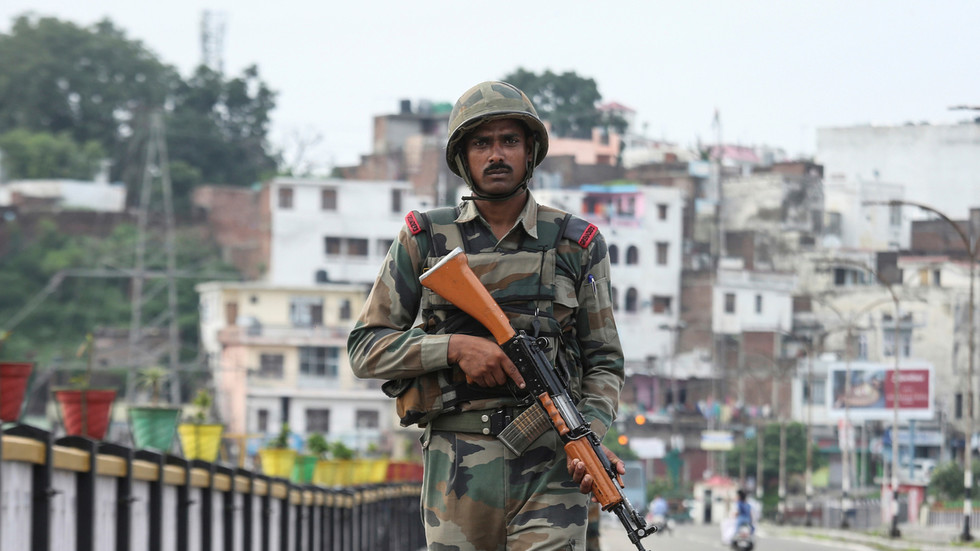 As the defen?e chief of a newly assertive India, Bipin Rawat has extolled the United States’ template of war against terror, It seems he is forgetting the long trail of disasters America has cavalierly left behind. India celebrated its 72nd Army Day on January 15 with many firsts. The most significant one is that the nation has just got its first chief of defen?e staff (CDS) to head all three commands – the Army, Navy and the Air Force. However, the newly appointed CDS, General Bipin Rawat, who was previously the army chief, started out with a questionable remark.

“We have to bring an end to terrorism and that can only happen the way Americans started after the 9/11 terror attack. They said let’s go on a spree on global war on terror. To do that you have to isolate the terrorists and anybody who is sponsoring terrorism has to be taken to task,” he has been widely quoted as saying at a recent event in Delhi. END_OF_DOCUMENT_TOKEN_TO_BE_REPLACED

The Ministry of Defence lands in controversy after Congress alleged that Adani Defence and state-owned Hindustan Shipyard Ltd (HSL) joint venture is being favoured through tweaking procurement guidelines to participate in a Rs 45,000 crore submarine project — referred to as project 75-I.

In another development, the Defence Acquisitions Council meeting chaired by Defence Minister Rajnath Singh slated for Friday had been deferred till January 21, sources said. The Adani Defence and HSL joint venture matter, and it not qualifying for the contract bib are likely to be taken during the meet. END_OF_DOCUMENT_TOKEN_TO_BE_REPLACED Bangladesh Prime Minister Sheikh Hasina has questioned the need for India’s new Citizenship Act that fast tracks citizenship for persecuted non-Muslim minorities from three countries and said people within India are “facing many problems because of the law”.

Hasina’s comments, made in an interview with Gulf News newspaper, mark the first time the Bangladeshi premier has publicly spoken on the Citizenship (Amendment) Act (CAA) that has created considerable disquiet in Bangladesh. Three Bangladeshi ministers have called off their visits to India after the CAA was passed by the Parliament. END_OF_DOCUMENT_TOKEN_TO_BE_REPLACED

China looms large even in its absence at India’s Raisina Dialogue, as experts discuss trade and security 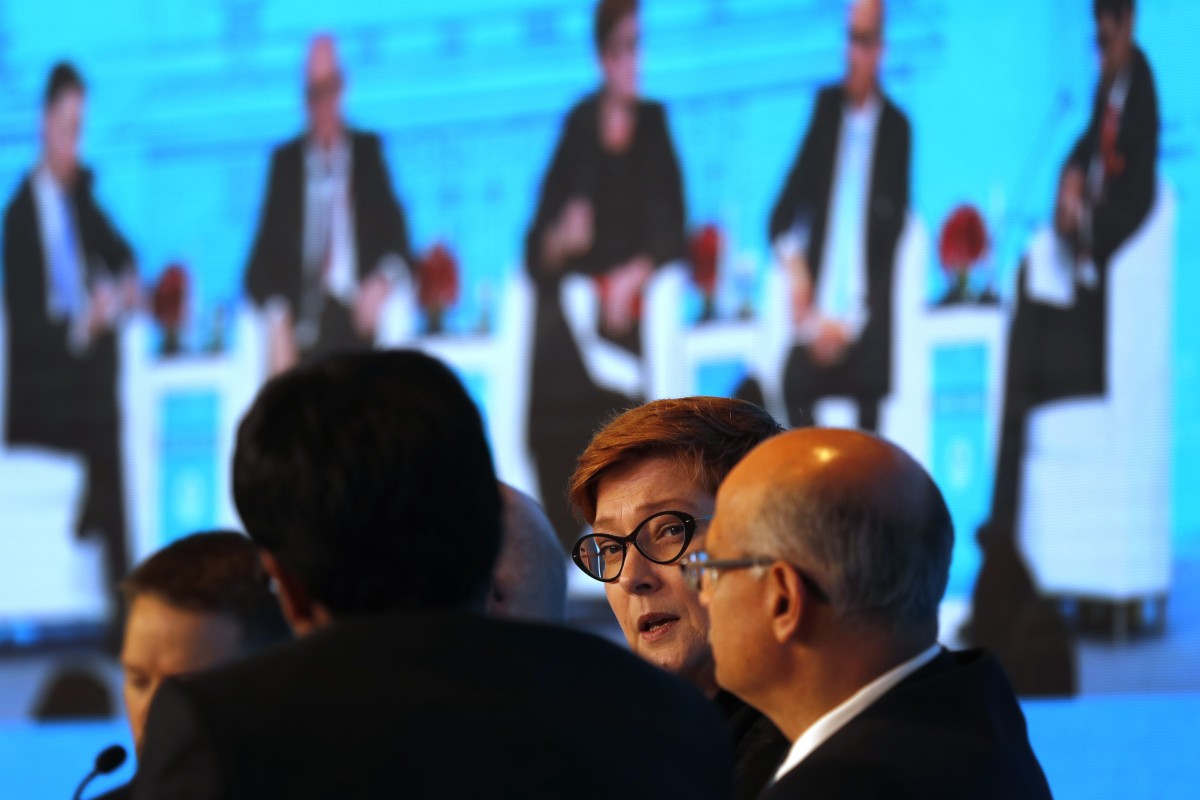 During a panel discussion at last week’s Raisina Dialogue featuring top military officials from India, Australia, France and Japan, the moderator turned to the Indian navy chief Admiral Karambir Singh and asked: “How true is the statement that the number one, two and three concerns of this [Indo-Pacific] region are China, China and China?”

There was stifled laughter from the audience in New Delhi but Singh calmly listed India’s concerns. The Chinese presence in the region, he said, had grown rapidly and Chinese warships had encroached into Indian waters, forcing New Delhi to issue warnings. The moderator, BBC journalist Yalda Hakim, pressed Singh: “Do they back off?” Not yet, he replied. END_OF_DOCUMENT_TOKEN_TO_BE_REPLACED

Appointment of Chief of Defence Staff: A transformational moment?

India finally appointed a Chief of Defence Staff, almost two decades after it was recommended by the Kargil Committee in 2000 which was constituted following the Kargil conflict in 1999 to recommend the restructuring of the Indian military towards greater ‘jointness’. This was subsequently endorsed by the Group of Ministers in 2001 but didn’t fructify for a host of reasons, including, reportedly, the resistance from within.

General Bipin Rawat, the outgoing Chief of the Army Staff assumed office as Independent India’s first Chief of Defence Staff on 31 December 2019. The Prime Minister, who had announced the Government’s decision to appoint a CDS from the ramparts of the Red Fort in his Independence Day address to the nation on 15 August 2019, called it a transformational event. END_OF_DOCUMENT_TOKEN_TO_BE_REPLACED

Mahatma Gandhi wanted to spend August 15, 1947, the first day of freedom, in breakaway Pakistan rather than in India, says a new book by former Union minister M J Akbar. This was, however, neither tokenism nor a gesture of support for a country carved out of multifaith India in the name of one religion, Islam, the author writes in “Gandhi’s Hinduism: The Struggle Against Jinnah’s Islam”.

“It was a promise of defiance. Gandhi simply did not believe in the partition of India, and the creation of new, ‘unnatural’ borders by an arbitrary scalpel in a fit of what he described as momentary madness,” he says. The book analyses both the ideology and the personality of those who shaped the fate of the region, and spells out the blunders, lapses and conscious chicanery that permeated the politics of seven explosive years between 1940 and 1947. END_OF_DOCUMENT_TOKEN_TO_BE_REPLACED

Sri Lanka and India vowed to strengthen military ties and widen maritime links with neighbouring countries to counter growing Chinese influence in the region, the president’s office said on Sunday (Jan 19). China, a long-time regional rival of India, has been widening its footprint in the region, including building ports and upgrading airports in Sri Lanka and the Maldives.

India’s National Security Advisor Ajit Doval met on Saturday with recently elected Sri Lanka President Gotabaya Rajapaksa and discussed setting up a maritime coordination centre, Rajapaksa’s office said in a statement. It did not give details of the proposed centre, but said other nations in the region should be included as observers. END_OF_DOCUMENT_TOKEN_TO_BE_REPLACED Eight US troops were flown from Iraq after showing signs of concussions from Iranian missile strikes, the military said Thursday, despite earlier statements by President Donald Trump that no Americans had been injured. Col. Myles Caggins III, a spokesman for the US-led coalition in Baghdad, added Friday that the service members’ symptoms began to surface only after the president’s announcement. He said that there had been no other injuries.

The Jan. 8 attack on bases in Iraq’s western desert and near Irbil, Iraq, were launched in retaliation for the killing of Gen. Qassem Soleimani, a senior figure in Iran’s military, in a drone strike ordered by Trump. The lack of American deaths in the strikes was a relief to US officials, who had feared the killing of the general and its aftermath could set off a larger regional conflict. END_OF_DOCUMENT_TOKEN_TO_BE_REPLACED She added between 1964-2008 over four lakh persons from Sri Lanka have been offered Indian citizenship. The Finance Minister was here to participate in an event organised by Chennai Citizens’ Forum and New India Forum on CAA. Speaking at the event Sitharaman said the CAA is for conferring citizenship and not for withdrawal of the same. END_OF_DOCUMENT_TOKEN_TO_BE_REPLACED 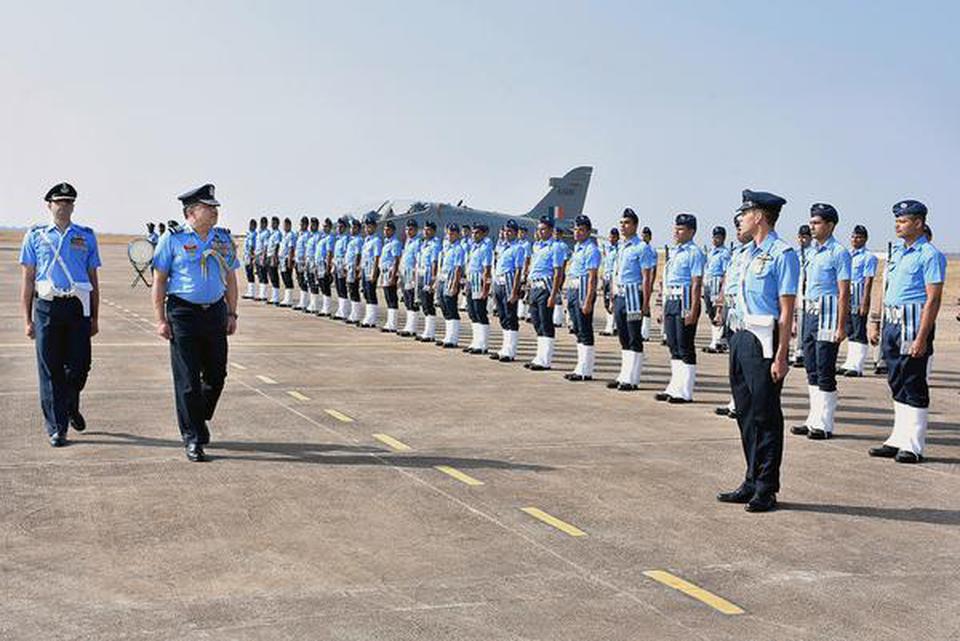 Air Marshal Arvindra Singh Butola, Air Officer Commanding-in-Chief training Command of the Indian Air Force, visited the Air Force Station in Bidar on Friday for the valedictory function of the pilots’ training course and the Weapon System Officers course (WSO) at the base.

He was accompanied by president, Air Force Wives Welfare Association (AFWWA) Regional Monica Butola. On his arrival, he was presented with a guard of honour. The Air Marshal was briefed by Air Officer Commanding, Air Force Station Bidar, Air Commodore Nikhilesh Gautam about the operational, administrative and maintenance related preparedness of the base. END_OF_DOCUMENT_TOKEN_TO_BE_REPLACED

This could be the first instance where HAL has shown interest not only in manufacturing but also in designing a new fighter jet for the Navy which could see competing proposals from the two premier aerospace agencies in the country. END_OF_DOCUMENT_TOKEN_TO_BE_REPLACED