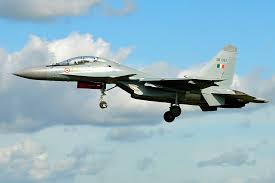 Su-30MKI fighters which have completed 1500 hours of flying or 14 years, whichever comes first need to go through complete disassembly of the aircraft till the last screw and then each component and sub-systems are re-checked for stress fractures or wear out due to aging and replaced if required and then the aircraft is re-assembled after several rounds of checks and after issue of quality certification aircrafts are flight tested several times before they are handed back to the Squadron from where it has come.

Each Su-30 MKI air-frame has 6000 hours of shelf life which means it needs to go through complete overhaul 3 times in its entire lifespan of 40-50 years of its service history. Each Overhaul costs 35-40 percent of the cost of a brand new fighter.

Till now HAL Nashik had only overhaul facility for the Su-30MKI in India but with an addition of 11 BRD, IAF which have its complete fleet of 272 Su-30MKI by 2020 will require to overhaul at least 30 Su-30MKI each year by 2030 and HAL Nashik by 2030 will be able to overhaul 20 aircraft each year while 11 BRD will increase its capacity to 10 per year by then .HAL is also eyeing to get overhaul orders from countries which fly variants of the Su-30.