10 killed in Visakhapatnam after massive crane crashes at Hindustan Shipyard 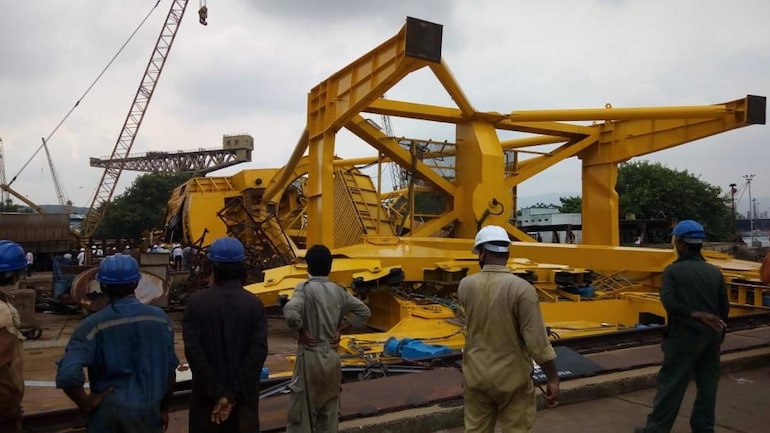 In a major accident at the Hindustan Shipyard in Visakhapatnam, a heavy duty crashed, trapping many under the debris. At least 10 people have been killed in the accident so far while one person is injured.

Rescue and relief operations have been launched as few people are still suspected to trapped under the debris. Dramatic visuals of the crane toppling down have emerged as people at the shipyard stood watching in horror. DCP Suresh Babu confirmed the incident and said the heavy duty crane collapsed at Hindustan Shipyard and 10 people have died so far.