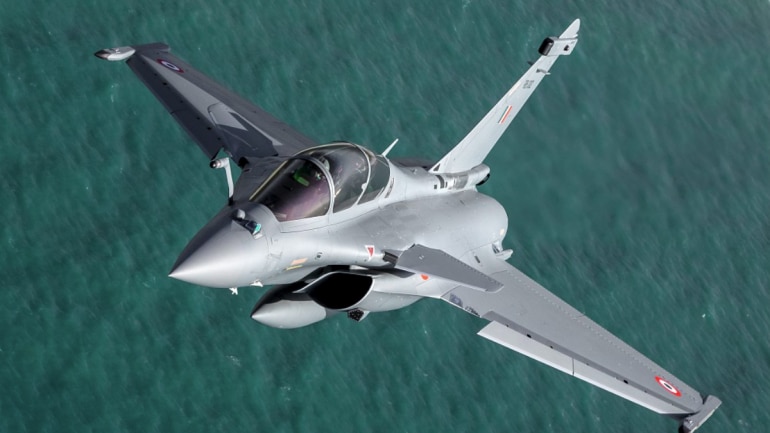 The Indian Air Force (IAF) is to get its first state-of-the-art Rafale fighter aircraft on July 27. That is when the first four—perhaps six—fighter jets will touch down at IAF Ambala. The fully armed jets are being delivered at a time of rising tensions between India and China in eastern Ladakh, during the largest military stand-off between the two countries since the 1962 border war.

Last week, India’s defence ministry reached out to the DGA (Direction Générale de l’Armement)—the French government body that buys and sell military equipment for the French armed forces—to increase the number of aircraft in the first batch of deliveries from four to six. India had signed up to buy 36 multirole Rafale jets from France in a deal worth 7.8 billion (Rs 58,891 crore) in September 2016. The first jets were to have been delivered by May this year, but were delayed by the pandemic. All 36 aircraft will be delivered by 2022 in batches of four, and in two-month intervals.

The aircraft are equipped with two standoff weapons the IAF has never possessed—Meteor air-to-air missiles, with a range of over 100 km, and Scalp air-to-ground missiles, with a range of 500 km. The 10-ton Rafale can carry also a 14-ton payload of fuel and weapons—more than the weight of two MiG-21 fighter jets. “The Rafale numbers might seem small for now, but their presence is itself a deterrent,” says Air Marshal Nirdosh Tyagi, former Deputy Chief of Air Staff. “These are special mission aircraft—they are not the type that will be used for close air support or point defence.”

The standoff has seen increased air activity by both India and China. India has deployed Mirage 2000s and Su-30MKIs very near the theatre and activated all 11 airbases facing China. The PLAAF (People’s Liberation Army Air Force) has activated multiple airbases on the Tibetan plateau from where it operates J-8 and J-11 fighter aircraft.

Experts say Chinese fighter jets will find their performance degraded by the altitude and rarefied air of the Tibetan plateau—they can take off with only half their designed payload and fuel and will be substantially underpowered. IAF aircraft will be able to take off from multiple airbases on the plains with full weapon loads and fuel, unaffected by geographical constraints. That is where the Rafale fits in, as a potent fighter aircraft that could surpass any platform in the PAF (Pakistan Air Force) and the PLAAF.

“This is the induction of an aircraft with near fifth generation performance and marks a paradigm shift in the combat potential of the IAF,” says Air Marshal P.S. Ahluwalia, former C-in-C Western Air Command. “It is important that the pilots and technicians absorb the technology and more importantly, apply it.”

Sources say that increasing the number of jets being delivered next month to six would impact the training of IAF pilots back in Bordeaux. Ten pilots have been trained to fly the jets, with 12 more yet to be trained. The pilots are part of a team of over 100 IAF personnel based in France since March 2019 for training on various aspects of the jet, including flying and ground handling.

Defence Minister Rajnath Singh received the first batch of Rafales on behalf of the IAF on October 8 in Merignac, France. The IAF has been recently challenged by a dwindling fighter fleet—it last acquired a sophisticated fighter, the Su-30MKI, just about two decades ago, in 2001.